What is a Ceiling Joist?

Ceiling joists play a vital role in the structural support system of homes. However, there seems to be a lot of confusion around the actual function of these specific joists.

If you are wondering what the function of a ceiling joist is and how it differs from other structural members such as floor joists, you have come to the right place.

Read on to learn more from a structural engineering point of view.

What is a Ceiling Joist-

Ceiling joists are the horizontal structural members that span your ceiling and are responsible for transferring roof loads to vertical members. Without these members, your home would cave in.

You can think of homes and buildings like the game Jenga; when loads are unbalanced, structures fall down. Thankfully, structural engineers ensure this doesn’t happen.

They analyze lumber type, lumber grades, board sizes, live and dead loads, distance spanned and joist spacing while performing detailed calculations to design the perfect ceiling joist system for the project at hand.

Ceiling joist systems are installed shortly after wall framing has been completed. Each individual ceiling joist is placed in between opposing walls and attached to the tops of each wall with a wall plate. Each joist is also placed strategically based upon the structural engineer’s analysis and adherence to building regulations and codes.

Note: Be sure to check into your area’s building regulations. Below is an example of attic construction regulations (including ceiling joist construction) from the 2020 Minnesota Residential Building Code.

How far apart should ceiling joists be spaced?

Again, structural engineers and building regulations will dictate how far apart each ceiling joist is spaced. However, there are some general rules of thumb that can give you a rough idea of what to expect with ceiling joist spacing.

Larger rooms, such as great rooms, will require different spacing and lumber. You could expect a room spanning 16-20 feet to use 2×10-inch lumber and space joists 24-inches on center. A room spanning greater than 20 feet (when running parallel to the rafters) may need 12-inch joist spacing and 2×10’ lumber such as douglas, hemlock fir or southern pine.

In general, the larger the room span length, the more load carrying capacity that is needed. This means larger lumber or shorter joist spacing. Look into your area’s building regulations and be sure to consult a structural engineer. Click here to learn more about joist span regulations in Minnesota.

How is a ceiling joist different than a floor joist?

Since this question seems to have a lot of grey area surrounding it, we asked our engineers what they thought. This is what they said.

So, what does this mean? Well, floor joists can typically be found underneath any floor you walk on. This includes all the main floors of a home and the attic floor if it was designed to support a living space.

In contrast, ceiling joists are installed to frame in a ceiling and support drywall underneath, not support the live loads that a floor joist would hold. They are typically found between the top floor and the attic. Unless initially designed for, attics are not designed to have a floor.

What are the primary functions of a ceiling joist?

We know that ceiling joists are responsible for transferring loads from roof to vertical members like wall framing. Without ceiling joists, your home’s walls could crumble from the pressure of the roof. Beyond this very important task, they also have a few other functions.

Ceiling joists help to hold the walls of a room together. Essentially they prevent the walls of the room from bowing outwards due to roof load pressure.

Ceiling joists provide a structure to attach a ceiling to. If you want a ceiling, there needs to be something to hang it from. Ceiling joists are designed to support the loads a ceiling will place on it.

Remember, if your attic is to be used as a living or storage space, let your structural engineer know. The joists will need to be beefed up to accommodate the additional live and dead loads.

Can I cut a ceiling joist?

There are circumstances that may require cutting or notching a ceiling joist. However, it is important to realize that anytime an alteration is made, the wood fibers lose their ability to withstand compression and tension. What does this mean? Well, it could lead to a saggy ceiling, joist failure, ceiling cracks, or door sticks.

We recommend that you always reach out to a structural engineer prior to making any structural changes including joist notching and boring.

However, listed below are some basic guidelines in compliance with the International Residential Code (remember, every circumstance is unique so don’t try this without a licensed structural engineer’s opinion):

How to find a Ceiling Joist –

Above we discussed common spacing for ceiling joists is 16 or 24 inches on center. This knowledge makes it fairly easy to locate joists.

Here are the steps:

How does a ceiling joist differ from a beam?

Beams and joists are both horizontal structural members that extend over long areas, right? What makes them different?

Beams are a home’s main structural support system and are held up by walls, a foundation or posts.

Note: Remember the material the beam is made with comes into play. Some materials are stronger than others meaning the beam may not appear dramatically larger than joists.

Engineer’s place beams under the most important load bearing areas of a home. For example, it’s essential to have a support underneath your second story rooms. If load bearing walls are not placed on the first floor to support the second floor, a beam will be necessary.

Joists, on the other hand, are much smaller than beams and there are a lot more of them. Technically, they could be considered a type of beam although they will never be found alone the way beams are. Joists are spaced evenly, typically 16” or 24” apart across a broad surface.

They will either rest on top of a beam or be connected to the side of a beam. In the case of ceiling joists, they help to transfer loads from the roof to vertical members, prevent walls from crumbling and also provide a structure to attach the ceiling to. Floor joists are built to support the floor and any live/dead loads that will be placed on them.

The simple answer, yes. However, their function could differ slightly. For example, an attic with trusses does not leave much room for usable storage space and certainly not for livable space. With that being said, the ceiling joists will have to carry less weight than some attics with rafters. If you have an attic with trusses, you probably won’t be opening your attic up any time soon. I say this because it’s extremely expensive from an engineering perspective to alter trusses. It’s also very labor intensive and time consuming.

Pro Tip- Don’t ever try to cut into a roof truss without first consulting a structural engineer. We’ve seen the damages and it’s not pretty or cheap to fix.

Attics with rafters offer more flexibility. The attic space could be turned into a master bedroom or storage area. Because of this, structural engineers would ensure the ceiling joists were designed to account for the additional live and dead loads.

Typically older homes use rafters. Most modern homes use trusses simply because they are cheaper, very efficient and easy to install. However, there are times when rafters have to be used. For example, mountainous areas may present a challenge for transportation of trusses. It may only be possible to ship rafters in. Of course, if a homeowner plans to use the attic as a living space, rafters would be the best option.

Well, that’s it. We hope you have a better understanding of all that is ceiling joists after reading this blog. If you have any specific engineering questions about your ceiling joists, please don’t hesitate to reach out to us at 763-544-3355. 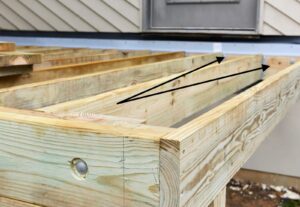 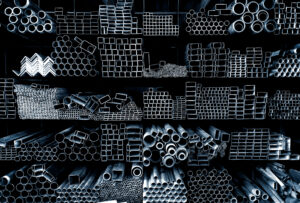 What are Steel Beams? 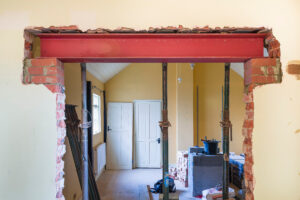 Structural Steel I Beams- Everything You Ever Wanted To Know

Enter your email address and get notified whenever we post a new blog.

Fill out this form and our team will reach out to you ASAP.
We will NEVER share your information with anyone.

Ready to get started?

In support of community health, learn more about our response to COVID-19.

Complete Building  Solutions (CBS) remains committed to performing our engineering services with the health and safety of our clients and CBS Structural Engineering Team as a top priority. We are taking the following precautions before entering homes:

Our engineering team will sanitize prior to entering and after leaving your home or business and we will honor social distancing protocols.

As always, our stringent infection control practices will be upheld, but with additional considerations during this unprecedented public health challenge.